Under Duterte’s war against dissent, red-tagging of activists and critics was at its worst. The National Task Force to End Local Communist Armed Conflict (NTF-ELCAC) became its main instrument in its red-tagging spree against various progressive groups and individuals who criticize Duterte’s policies and programs.

The labor sector suffered many blows perpetrated by the NTF-ELCAC. It used and intensified house-to-house surprise visit as a
form of harassment and intimidation against unionists and labor leaders, especially during the pandemic. The NTF-ELCAC maximized unreasonable restriction in movement and gathering of people with concomitant police punishment to control, intimidate and sow fear among workers and unionists.

The case of Oliver Muya and NPIWU
Oliver Muya, Executive Vice President of Nexperia Philippines Inc. Workers’ Union (NPIWU), has been the target of these unwanted visits since March 2021. He has been in the company for 25 years. To date, fifty-two (52) officers and members of NPIWU have suffered unwanted visits by elements of the NTF-ELCAC. The story is the same for all. The agents claim they are doing an “awareness campaign.” Then they ask about the activities of the union. Then they ask whether the unionists know where their funds go and accuse them of using them to support communists. Afterwards, they try to convince the unionists to
abandon or disaffiliate from their union federation, Kilusang Mayo Uno (KMU).

Muya could clearly recall the first visit by state forces and elements working for the NTF-ELCAC. It was in March 2021, just when his family was battling with COVID-19. He was having trouble breathing, his wife too weak to get up from bed and his brother-in-law was in the hospital. It was a traumatic experience for them. It was also the same month that their fellow union leader from Fuji Philippines, Dandy Miguel, was killed in the same province.

Since then, NTF-ELCAC elements have visited them ten (10) times. When he was home, they got to speak to him directly. Worse, they also visited when he was at work so his wife was forced to face the unwelcome visitors. The questions, threats and harassment seem endless. His family has been subjected to a great deal of anxiety. “I fear for my family’s safety. Since their first visit, we can barely sleep. We worry about what our neighbors and the community think. Are we seen as criminals because armed police and military often visit us,” Oliver shared.

This past Christmas was not a season to be jolly for Oliver, his family and co-workers. The harassment and pressure against him further intensified in the last month of 2021. On December 16, while he was at work, he got another visit and the NTF-ELCAC elements left messages for him.
They were pressuring him to convince his union to disaffiliate from NAFLU-KMU. They also said that they know that Oliver could not hide from them because of his family and that they have a military reservist residing in the same subdivision. To further threaten and pressure him, they warned that if he would not cooperate, he would be included in their watchlist.

Unwavering Commitment to Their Union
Despite the anxiety caused by these attacks, Oliver’s commitment to the union remains solid. His fellow officers and members are also threatened, but their commitment to their 39-year-old union does not waver. They have seen how the union advanced and protected their rights and welfare throughout the years.

Amid the pandemic, the union provided aid to those who got sick. They also extended help to healthcare workers, especially during the first few weeks of the pandemic. As there was a shortage of Personal Protective Equipment (PPE) at the time, the unionists donated their bunny suits to various hospitals in Laguna and nearby provinces and cities.

The union also fought hard for the protection of the health of the workers. Aside from negotiating with the management, the union
launched petitions and protests both online and offline for their main demands – hazard pay, paid quarantine leave, mass testing and shuttle service. They also held a noise barrage to demand for a 24-hour shutdown/disinfection day in the factory, when hundreds got infected with COVID.
To top it all, NPIWU successfully negotiated a new Collective Bargaining Agreement (CBA) with the company management in December 2020 after tireless collective action.

Continuing Struggle to #DefendOurUnions
NPIWU has made various efforts to stop the attacks against them. They have engaged and reported to concerned government agencies such as the Commission on Human Rights (CHR) and DOLE. Some of the reports have also been included in the recent complaints filed by KMU to the International Labor Organization (ILO). Currently, they are looking into possible legal actions to counter the attacks against the union and its officers.

Muya and his fellow unionists will exert all effort to end these attacks. They pledge to continue to exercise their freedom of association and advance all their other trade union and human rights without fear of being attacked or worse, killed. # 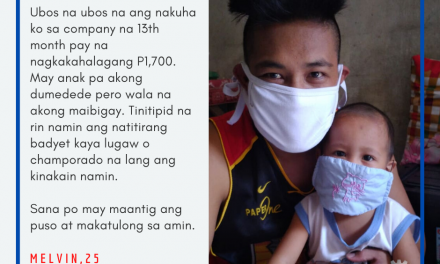 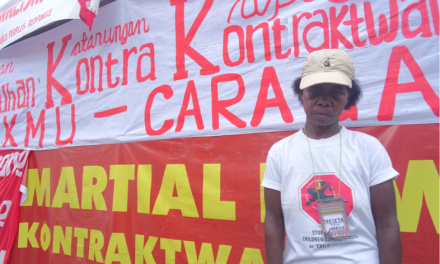