The Center for Trade Union and Human Rights condemns the passing of the Anti-Terrorism Act which was signed yesterday, July 3, by President Rodrigo Duterte. We believe that the law will only worsen human rights violations and abuses on workers and Filipino people. Its provisions clearly show that it will not protect workers and peoples basic rights that are enshrined in the 1987 Constitution.

The law can easily be used to trample on the workers right to dissent, free speech and freedom of association for it vaguely defines terrorism.

President Rodrigo Duterte’s four years in power already reveal that he is not for workers plight and peoples interest. He continues a neoliberal policy that promotes contractualization, pressing workers wage and union busting. With the passing of the Anti-Terrorism Law this will only further strengthens his neoliberal policies and protect big businesses and companies. And it also shows how desperate the Duterte administration to cover up thru this law its inadvertency to people’s needs.

Unemployment and poverty have risen unprecedentedly because of his ineptness, lack of action to prioritized peoples health and welfare in this time of pandemic. The number of peoples who were disgusted to the Duterte administration continuously grows due to its negligence in response to the COVID19. The law will clearly be used to silence the dissent and grievance of the people that was already happening before its passing.

We call on workers to unite and take a solidarity action to junk the anti-terrorism law for it will not benefit the workers and Filipino people. The Anti-Terrorism law is not a solution to thousands of people who lose their livelihood and jobs or will even curb the rising number of COVID19 infections.

We call on the Filipino workers to stand up and defend our rights and liberty which we and those before us, have fought for years. We should not be frightened by this terror that the Duterte regime is sowing to the people. We call on everyone to remain vigilant and to continue to expose the government policies that neglect and violate people’s rights welfare. 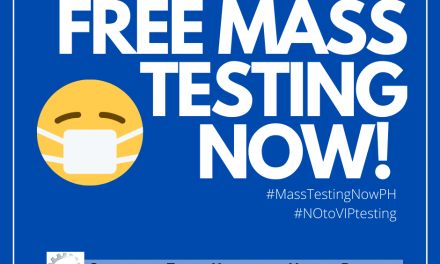 [REPOST] WHAT DO WE MEAN BY #MassTestingNowPH? 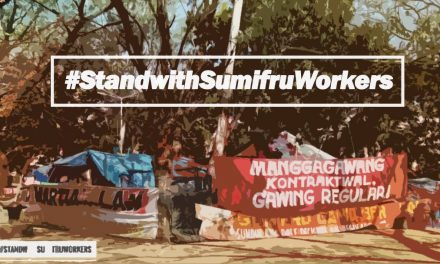 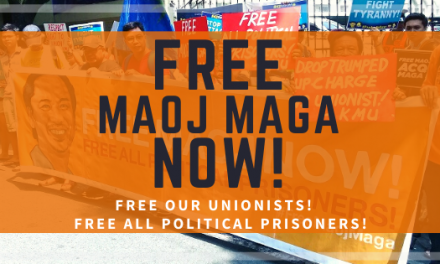