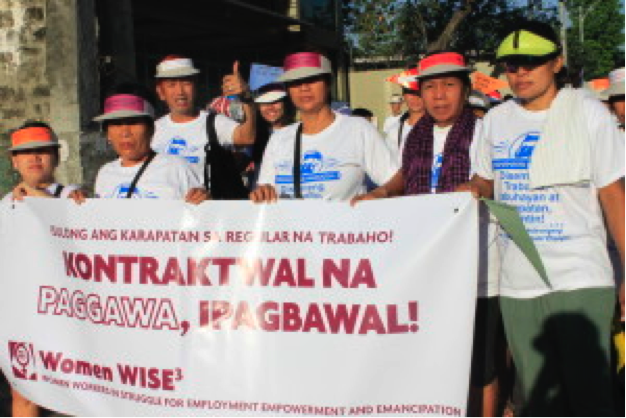 “The Aquino administration hardly acknowledged there is a job crisis and jobless growth. Instead they insist on job mismatch and try to resolve unemployment by facilitating employment through job fairs during labor days and by promoting labor export. But after almost five years of implementing (Philippine Labor and Employment Program) PLEP through employment facilitation and labor flexibility, joblessness and near-joblessness remain widespread despite the steady growth in the economy,” Daisy Arago, Executive Director of CTUHR said.

The group emphasized that even as the recent survey of SWS showed that the number of unemployed decreased by over 3 million, unemployment rate in the country is still very high compared to neighboring countries.

On April 30, Social Weather Station latest survey reported a big dip in unemployment rate from 27 percent to 19.1 percent slashing the number of unemployed by more than 3 million.  Government statistics has a more conservative estimate with unemployment rate at 6.8 percent. This however, is still significantly higher compared to Malaysia, Vietnam, and Singapore whose unemployment rates are at 2.7 percent, 2.1 percent and 1.9 percent respectively.

The group also noted that based on Bureau of Labor and Employment Statistics review of 2014, majority of the 1 million jobs generated last year were part time employment while seven out of 10 of these new jobs employed either own-account (self-employed) or unpaid family workers.

“Absence of decent jobs in our country has driven many Filipinos abroad in search of jobs and not few them fall prey to human traffickers or abusive employers. This has been well-highlighted by the case of Mary Jane Veloso, who was victimized by drug traffickers in her desperate search for employment in another country,” Arago said.

The group also said the regionalized wage system combined with the two-tier wage system (TTWS) introduced by the DOLE in 2012 is dragging down and will continue to drag wage rates to poverty levels. “The minimum wage in Metro Manila is only 45 percent of the family living wage. Wages have increased nominally with very little, token hikes in the past; real wages are actually decreasing by as much as 21 percent in Eastern Visayas and other regions. When before, minimum wage is based on the right to afford a decent living, the floor wage introduced by the TTWS is based on the poverty threshold,” Arago added.

The group said that the government should do more than just act like a manpower agency if it wants to resolve unemployment. “The absence of decent jobs is rooted to the government’s neoliberal paradigm of supplying only cheap and flexible labor and depending on volatile foreign investments. The government should promote a strong and sustainable local industry if it really wants to deliver decent jobs and living wages to its people,” Arago said.### 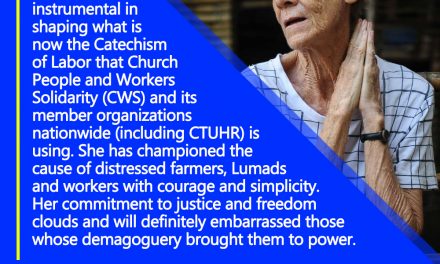 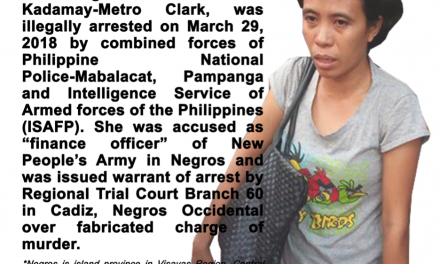 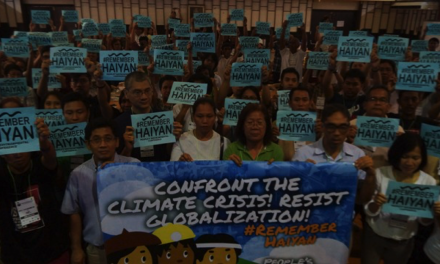