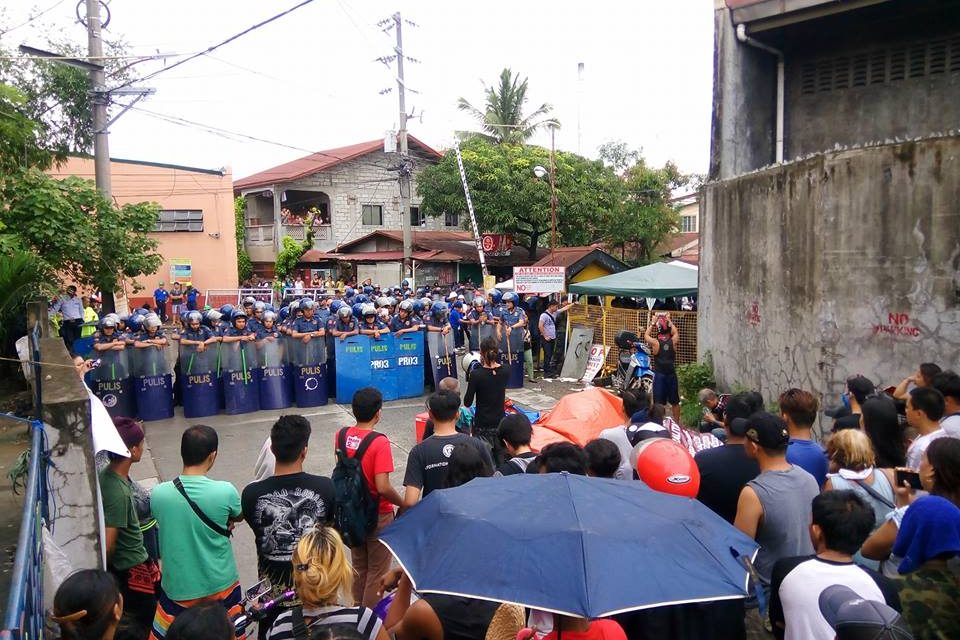 Labor rights NGO, Center for Trade Union and Human Rights (CTUHR) condemns the creation of the Joint Industrial Peace and Concern Office (JIPCO) in various economic and freeport zones in Central Luzon. “JIPCO is institutionalizing the massive workers’ rights violations in the economic zones. It is also a re-affirmation of the state’s policy of crushing militant unionism, under the pretext of its anti-terrorism campaign, to make capitalists happy. It is a clear abandonment of the state’s commitment to the workers’ basic rights to freedom of association and collective bargaining guaranteed in ILO Conventions and the Universal Declaration of Human Rights, in which the Philippines is a signatory,” said CTUHR in a statement.

Last Wednesday, January 22, the Police Regional Office in Region III (PRO3) launched the JIPCO in the Clark Freeport Zone. They blatantly stated that they are setting up offices in special economic zones in Central Luzon to prevent militant labor groups from organizing workers’ union in factories and other business establishments.

“The formation of JIPCO to `thwart’ militant organizing is not new. What is new is its naked, shameless and blatant in its objectives. JIPCO  formalizes the decades-long labor rights’ violations emanating from police and military intervention in the labor relations in the country,” said Daisy Arago, CTUHR Executive Director.

Arago recalled that in 2002, under the pretext of countering communism and terrorism, then Macapagal-Arroyo administration labelled unions as ‘factory terrorists and criminals. This signaled a drastic increase of violent attacks against workers legitimate collective actions. Most of the tactics/schemes they used to pacify unions are still being used to date, such as intelligence spying in the production line. These violations in fact, in fact prompted DOLE to issue a joint DOLE, PNP, PEZA Guidelines on the Conduct of Police, Military in the ecozone in 2011.[1] “This kind of tactics contribute to the decline of unionism in the country, making workers more vulnerable to abuse and exploitation of big businesses,” Arago added.

The formation of JIPCO only reaffirms how the police are being used as an instrument of big businesses to suppress the rights of the workers, especially in times of labor disputes. In Central Luzon, CTUHR has numerous incidents of police involvement in union-busting, in collusion with abusive employers such as the police and military hounding of unionists and their supporters in Yokohama Tires in 2001 and the bloody dispersal of the strike in NutriAsia in Bulacan in 2018.

The companies and factories based in Central Luzon SEZs are mostly in manufacturing of garments and electronics supplying for multinational companies The Center has also documented various labor rights violations in the region, prompting more workers to resist and unionize – massive dismissal of workers at AsiaPhil Garments in Clark SEZ, labor-only contracting and union-busting in Dong In Tech in Bataan and occupational safety violations, massive retrenchment and union-busting in Hanjin Heavy Industries and Construction.

“These kinds of violations push the workers more to rise up and organize themselves into unions. And no one has the right to stop them from doing so. We call on the Department of Labor and Employment (DOLE) to remind the PNP and PEZA of the DOLE-PNP-PEZA Guidelines of 2011 that is still in effect today. JIPCO is a direct affront to those guidelines and DOLE should not condone this,” Arago ended.### 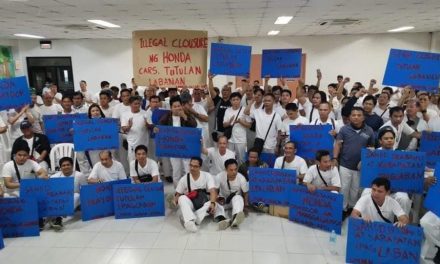