Labor NGO, Center for Trade Union and Human Rights, joins the heightening calls to abolish the pork barrel or the Priority Development Assistance Fund (PDAF) saying it is the “only solution” to the systemic corruption in government as exposed in the recent 10-billion-peso scam involving 28 legislators and the JLN group of companies headed by Janet Napoles.

“Abolishing pork, not renaming it nor subjecting it to so-called ‘transparent procedures’ like line-item budgeting, is the only solution to systemic corruption that plagues Congress and even the Executive. Law-makers must concentrate on making laws and the billions allocated to PDAF must be channeled to social services,” Daisy Arago, CTUHR executive director said.

“While the President said it was time to abolish pork, he did not mean anything close to its abolition. The only thing new in his pronouncement was that NGOs and GOCCs will be prohibited from accessing the money but the budget for PDAF is still there, meaning pork barrel remains,” Arago averred.

The group explained that the 10-billion-peso scam of pork barrel funds reportedly channeled to bogus NGOs and to personal pockets of politicians is more than enough reason to put an end to a system that perpetuate corruption.

Arago described the recent pork barrel scam as “grossly insensitive and the height of greed among politicians who squander public money at the expense of the poor” especially since the reported beneficiaries of theses fake NGOs are poor farmers.

“Aside from better services to more Filipinos when PDAF is re-allocated to social services, eliminating pork barrel is also a step towards ending patronage and clientele politics,” Arago added.

“But despite growing public clamor and strong reason against pork barrel, the President is obstinately keeping the PDAF albeit with new ‘guidelines’. We wonder why this is so. Is it because the Office of the President itself stands to lose billions worth of discretionary fund when pork barrel is eliminated?” Arago asked.

The group vowed that they will be marching with millions of Filipinos to Luneta and Mendiola tomorrow, August 26, in a nationwide protest against pork barrel.

“We urge the President to heed the demands of his boss, the Filipino people, and be true to his campaign to end corruption. Abolish pork barrel, no less. And hold everyone involved in this billion-peso scam accountable to the law and the people.” Arago said.### 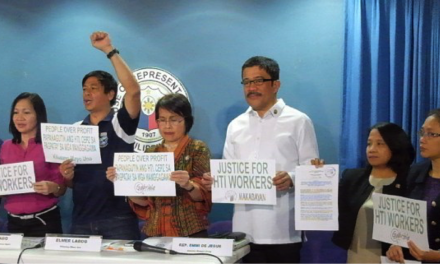 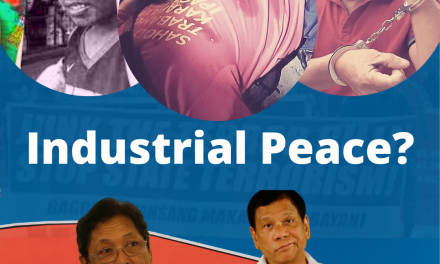