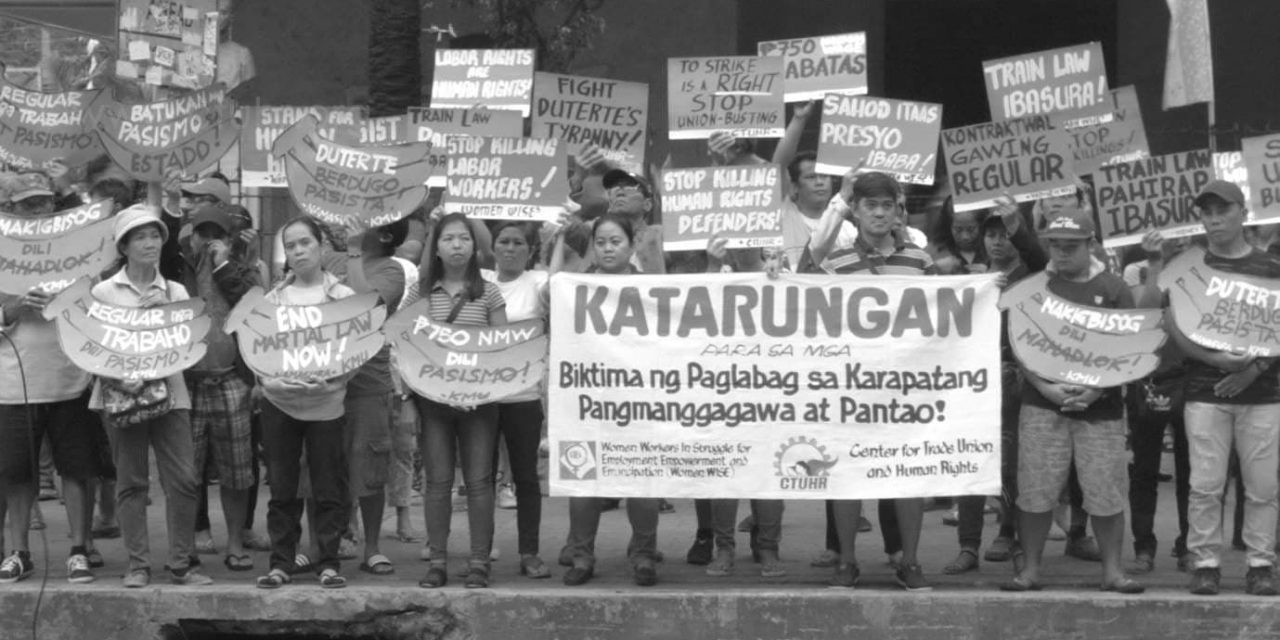 “They are lying! No one from DOLE contacted us to ask about the 43 workers and labour rights defenders killed under the three years of the Duterte administration,”said Daisy Arago, Center for Trade Union and Human Rights (CTUHR) Executive Director.

This is almost double the 26 killed under 6-year Aquino administration, and almost half of the 105 EJK victims of Arroyo’s nine year-government that CTUHR has documented.

“It is simply ridiculous and unbelievable that one with internet access, like a DOLE official would say in public that they cannot contact CTUHR when it has all its social media accounts and DOLE are sending representatives to CTUHR activities,”Arago added.

CTUHR averred that DOLE’s attempt to exempt itself and divert the responsibility to labour groups is a desperate attempt to conceal the government’s failure to stem the rising cases of labour rights violations, when such cases reach international attention.

CTUHR expressed that it welcomes the ILO recommendation to send a High-Level Mission in the earliest possible time. They also expressed appreciation for all the efforts being made by global union federations and the International Trade Union Centre (ITUC) to make this possible. “We are urging DOLE to allow the mission and cooperate in the probe. One labor organizer defending the rights of workers scratching for a living and murdered for that work is already too many.  One worker killed, harassed or deprived of means of livelihood is a serious injustice.”

CTUHR’s monitoring and documentation covers from informal to agricultural workers, to unionists to labor rights defenders in places where they have access. All cases of EJKs have names with varying degrees of details. CTUHR also asserts that all these cases have been filed to appropriate agencies like the Commission on Human Rights and local authorities. The international probe should be welcomed to fill in the gaps, if there may be, to aid in the quest for justice.

Some of these cases are the following:

The list is long, 43 workers and labor rights defenders killed by different methods, mostly by unidentified and masked men in motorbikes or suspected elements of state forces. According to CTUHR’s observations, these cases escalated when this government unleashed the combination of war on drugs, counter-insurgency and martial law (in Mindanao).

Arago also added that the constitutionally guaranteed and internationally recognized rights of workers have been shattered, as workers, regardless of sector, demanding for wage increase, job security to union organizing are being targeted and suspected by either their employers or elements of the state. She further stated that the President’s pronouncement of killing unions particularly the alleged left-leaning have inflicted heavy damages. Individual members are harassed, tagged as rebels, slapped with criminal charges and forced to surrender and withdraw their union membership.

“If DOLE truly intends to investigate the cases, they should have done that before, as most cases are publicized and House Resolutions have been filed to call for thorough investigations. Aside from the killings, the several cases of violent dispersals of workers’ collective protests and strikes, illegal dismissals as management’s retaliation to union organizing and other labor and human rights violations against workers should also be investigated and addressed. The consent to ILO High level mission is the least that DOLE can do to hold the perpetrators to account and serve justice to the victims,” Arago ended.

The ILO High-Level Mission came about when several labor groups from the Philippines and other countries reported the alarming plight of Filipino workers and mentioned the 43 workers and labor rights advocates killed under the Duterte administration during of the Committee on the Application of Standards (CAS-ILO) at the International Labour Conference last June 10-21,2019 in Geneva, Switzerland.### 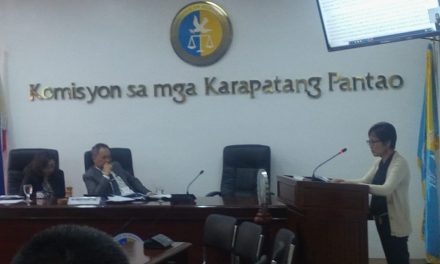