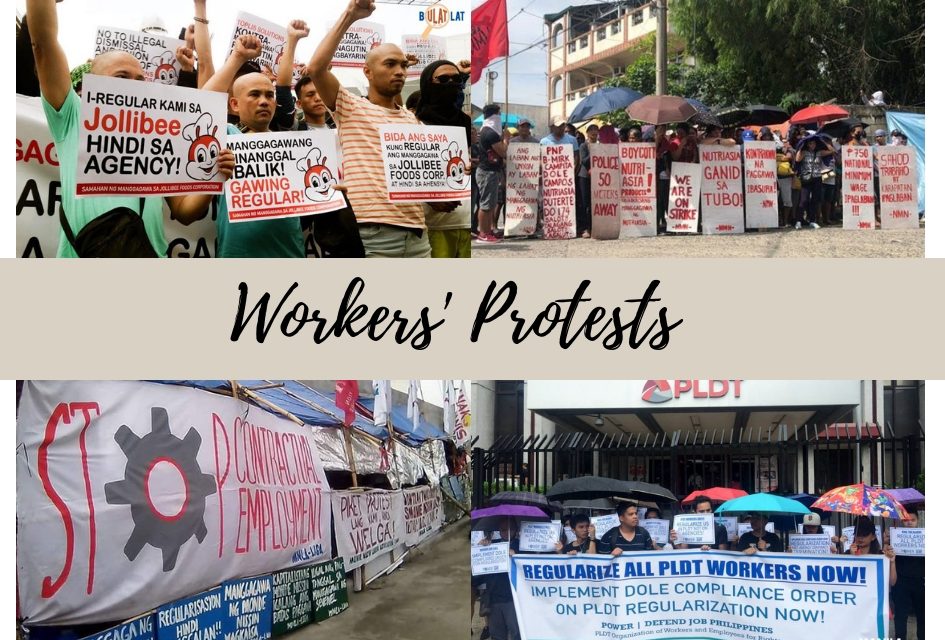 The Center for Trade Union and Human Right (CTUHR) slammed the statements made by AFP Chief Galvez and AFP Chief of Staff for Operations Brig. Gen. Antonio Parlade with Ms. Tina Monzon-Palma on September 21,2018, alleging that the issue of rice shortage in the country is artificial and orchestrated by the communists. This, according to the AFP is part of the “communists’ sinister plan for economic sabotage and political destabilization.”  They also mentioned infiltration in the labor unions and concoction to oust the President (Duterte) by October, or Red October.

“This is the most insensitively ridiculous statement that AFP and Malacanang can tell the public cringing from skyrocketing prices of everything and dramatic dive of income.  This is simply passing the blame on the communists and unions, a lame excuse for a grandiose failure of the government to curb the inflation and the public widening dissatisfaction”, CTUHR says.

“To tell that rice prices which went up from P27/kg to P70/kg (e.g. in Zamboanga) or `galunggong’ (scadfish) that people can no longer afford,  are artificial and orchestration of communists is unbelievable. It’s outrageous. You don’t need a communist or anybody to feel angry and distressed, you just need to go to rice store and go to market, ride a motorbike to painfully feel the oil price hike”, says Daisy Arago, CTUHR Executive Director.

CTUHR added that for many people outside Benguet and Cebu helplessly watching on TV the dead bodies recovered from landslides feel sad and angry for wasted lives that could have been avoided if Duterte government delivered what it promised to uplift the poor and ban corporations destroying the environment and inducing Climate Change.  It won’t be surprising if one day, landslides will be attributed by AFP and Malacanang to destabilization and communist plot, the way victims are being blamed for refusal to evacuate.

The Center decries as irresponsible and sinister Gen. Galvez and Gen. Parlade’s attribution to the workers and unions in distress, the so-called plan for an “Aklasan” “nationwide attempt to close the manufacturing industries” on national television.  The strike of NutriAsia was given as an example. This brings back the scenario where strikes are attacked relentlessly following Gloria Macapagal Arroyo’s September 22, 2002 statement in a barangay affair in Laguna.

In fact, CTUHR has received reports that immediately following the TV interview, suspicious men are roving around the community and nearby church in NutriAsia asking for the whereabouts of union leaders and paralegal officer assisting the workers. The move began to create fear amongst the residents who supported the legitimate strike. Arago avers that a contractual agency-hired worker who worked at NutriaAsia for 12-16 hours a day for nine -14 years, bottling and labelling Datu Puti soy sauce and vinegar or Mang Tomas sauce for example, does not have to be a communist to feel angry, you just have to be truly human.

The NutriAsia workers under the Nagkakaisang Manggagawa ng NutriAsia (NMN) began their strike last June 2, when NutriAsia-owned and managed by Campos (who also owns Del Monte Philippines) – over illegal dismissal of 75 leaders and supporters of NMN and company’s refusal to regularize almost a thousand long-standing contractual workers.  On June 14, combined police and guards dispersed the strike, arrested 23 workers and supporters and seriously injuring around 10 workers. On July 31, company goons and guards again attacked the picketline, tens were injured including a 52-year old woman who sustained a fractured face. Nineteen workers were arrested and detained.

CTUHR reminded the AFP and Mr Duterte that workers’ strike accompanying the right to freedom of association and collective bargaining are core labor rights, which the Philippine government pledged to adhere and protect.  To demonize workers collective action, is not only a violation of these rights, but a warning for something dangerous may happen to workers exercising these rights.

Equally, CTUHR slams the tagging of Monde Nissin, PLDT and Jollibee, in ‘Red October’ plot or this ‘Aklasan’ as just another attempt to defame the trade unions, dissuade the workers organizing and condition the public that unions are target of its counter-insurgency program.  These companies are in fact engaged in prohibited practice of labor-only contracting and are now facing massive workers’ protests’  over illegal dismissal and refusal to regularize long-standing contractuals.  If the trade unions want to close down manufacturing industries, they will not demand for regularization. The workers are simply reclaiming what the Department of Labor and Employment (DOLE) legally affirmed that they should have been permanent by ordering these companies to comply to regularizing these workers.  PLDT, Jollibee and Monde Nissin stubbornly defy DOLE orders and this government is not doing enough to make them answerable.

“If the Duterte government cannot enforce its own lawful order over companies, it should not blame the labor unions for massive restlessness, it should credit itself.  It should give credit to huge corporations treating their workers like dirt and exploiting them for fear of joblessness”, CTUHR explains.

CTUHR is gravely alarmed over the scenario that Gen Galvez and Gen Parlade are painting and the use of Mindanao as a showcase.  Using Martial Law as a pretext, the military is hounding trade unionists since February this year, forcing them to surrender as New People’s Army rebels (see related story ). On September 4, unidentified men on motorbike attempted to kill Victor Ageas, union Board Member of Nagkahiusang Mamumuo sa SUMIFRU, in Compostela Valley. Ageas survived the attempt but was forced to leave his work in fear for his life. (story details)

“The Duterte government, including the military cannot stop the further strengthening of the labor movement as well as the groundswell of human rights defenders by red-baiting them and sowing fear upon their ranks. They should realize that the rising tyrannical rule is responsible for fueling the restiveness and resistance parallel to the policies that are clearly feeding corporate and capitalists greed to the detriment of people’s welfare,” CTUHR ended.### 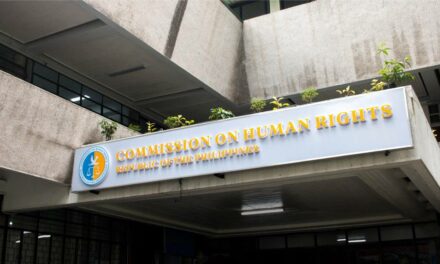