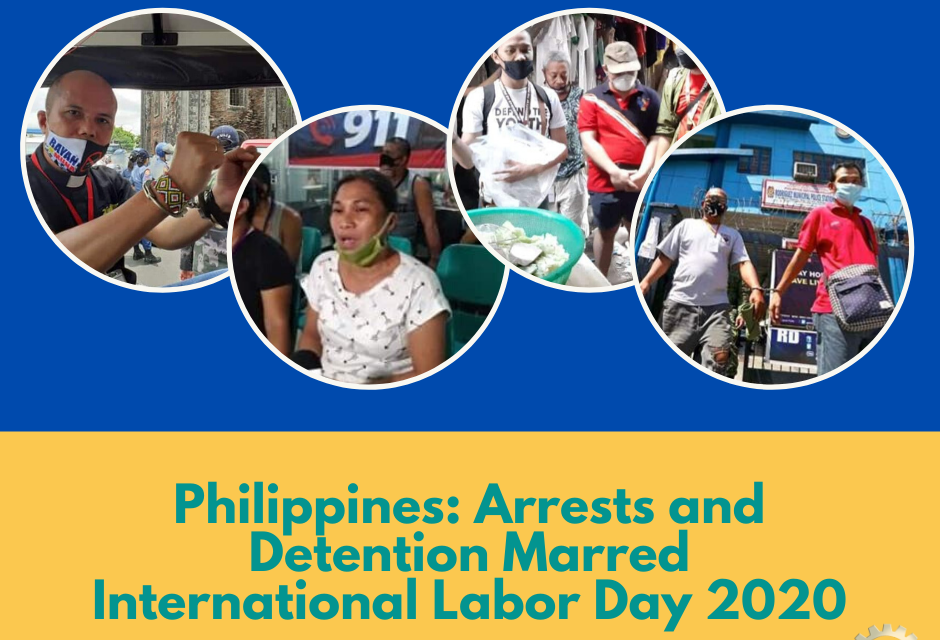 Seventy six (76) were arrested and detained yesterday in separate incidents, — the biggest number of arrests in the recent history of Labor Day celebrations in the Philippines.

Ten (10) volunteers of CURE COVID, a citizens’ alliance which included workers who were running a Community Kitchen and distributing food packs in their communities were arrested and detained in Marikina City. If not for the intervention of the good Mayor Marcy Teodoro, and as there was no crime committed, they were later released.

In Quezon City, eighteen (18) persons, including 4 volunteers of Tulong Kabataan simply echoing the call for livelihood, rights and health written on placards, as they were conducting relief operations were also arrested in Brgy. Central, Quezon City and detained at Camp Karingal. They were later charged of illegal assembly and violations of the lockdown rules even if they observed social distancing protocols.

In Jaro, Ilo-Ilo City, forty two (42) were also arrested including a priest, Fr. Marco Sulayao when they conducted a caravan (while observing physical distancing), in grievance and protest of the brutal killing of Jory Porquia, an activist and member of Bayan Muna and a lawyer who offered his services.

While 16 workers of Coca-Cola in Laguna were falsely presented as NPA rebels who surrendered and used as black propaganda against the workers’ organizations.

The Center for Trade Union and Human Rights (CTUHR) condemns these arrests and detention and calls for their immediate and unconditional release. “To feed the hungry and to protest and criticize the government for its ineptness, especially during Labor Day is an exercise of right to freedom of expression,” says CTUHR Executive Director, Daisy Arago.

“These arrests only unmask this government further, that in the midst of a public health emergency and social aid chaos, all it can do is arrest, detain and threaten people who are in fact, filling in the inadequacies caused by its incompetence. Workers welfare and people’s health should be in the forefront of this battle against COVID19 not attack on activists and critics,” Arago added.

On May 1, 2020, amidst the pandemic and a militarized lockdown, workers successfully claimed the International Workers’ Day as a Day of voicing out their legitimate demands for mass testing, sufficient food supply and government assistance, guaranteed income and livelihood and respect for human rights. Different labor groups and other human rights organizations used creative ways such as online protests, selfie protest, noise barrage, community kitchen, etc. while ensuring that they are abiding by precautionary measures to avoid the spread of COVID-19.

“Instead of recognizing its deficiencies and listening to the demands of the people, the Duterte government chooses the easy way out – threaten to silence dissenters. If only the government has heeded the call to increase the wage of workers to P750 nationwide, eradicated contractualization and ensured freedom of association in workplaced, then the workers would have been better prepared for this crisis,” CTUHR ended.# 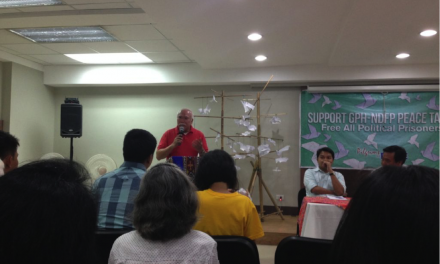 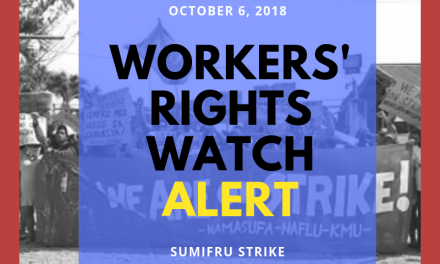