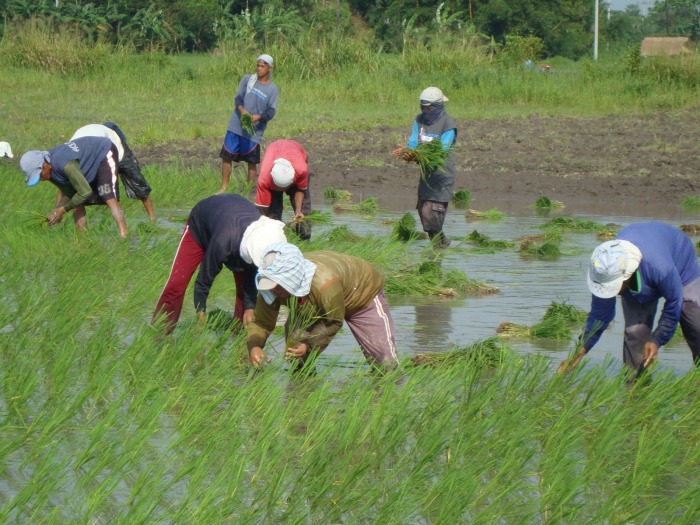 “When a new law is passed and government promises that it will improve our lives, the people, especially the poor, get scared and angry. It is the same feeling when President Duterte signed the Rice Tariffication Law last February 15 because the same argument or promises were used when TRAIN law was passed on December 2017. It was the same promise when the Agriculture and Fisheries Modernization Act of 1997 and Oil Deregulation law of 1995 were passed. Fishermen remain to be the poorest social sector, while agriculture has fallen drastically and the poor majority is choking from unhampered price increases and burdensome taxes, ” said Daisy Arago, Executive Director of CTUHR.

“The Duterte administration took a 360 degree turn in signing this law, as rice importation cannot be a solution to the higher rice prices and ailing local rice production. Definitely, the farmers have more reasons to protest because their locally produced rice cannot compete with that of imported rice due to high costs of production and lack of subsidy and support from the government. This law will only throw farmers into more hunger, increase internal migration to cities and expose more workers to whims of corporations and manpower agencies,” exclaimed Daisy Arago, Executive Director of CTUHR.

CTUHR added that even without the law, farmers and their children are migrating to urban areas, in search of jobs or to escape poverty from the countryside. With this law, farmers will be more compelled to leave homes and find better opportunities in the urban. And with the continuous downward direction of job creation and job stability in the country, these farmers-turned-workers will become even more vulnerable to precarious and flexible employment that are often low-paying, dangerous, unsafe and unstable.

The Rice Tariffication Law lifts limits on rice importation and opens the doors to more imported rice, which will be sold at cheaper prices in the local market.  The NFA will no longer supply low-priced rice to the local market, as this becomes the province of importers. “Where does this leave the poorest of the poor who can only avail the cheapest rice (NFA rice) in the market? Where is the assurance that rice prices will decrease?” Arago asked.

CTUHR also expressed concern for the employees of the National Food Authority (NFA) who will be affected with the enactment of this law. The law strips the NFA of most of its responsibilities and powers. The NFA admitted that the new law would result to job cuts of at least 400 to 1,000 employees. The law will take effect on March 5 and it is expected that the mass layoff will also start immediately.

“Duterte’s TRAIN Law that made brought Filipinos into deeper poverty is intensely opposed and fought. This Rice Tarrification Law should be fought with the same weight. We need not wait to the false promises of these laws, before we sounded our opposition, as these laws only serve the interests of the few and strengthen the neoliberal agenda of the Duterte administration, at the expense of the toiling masses”, Arago ended.###