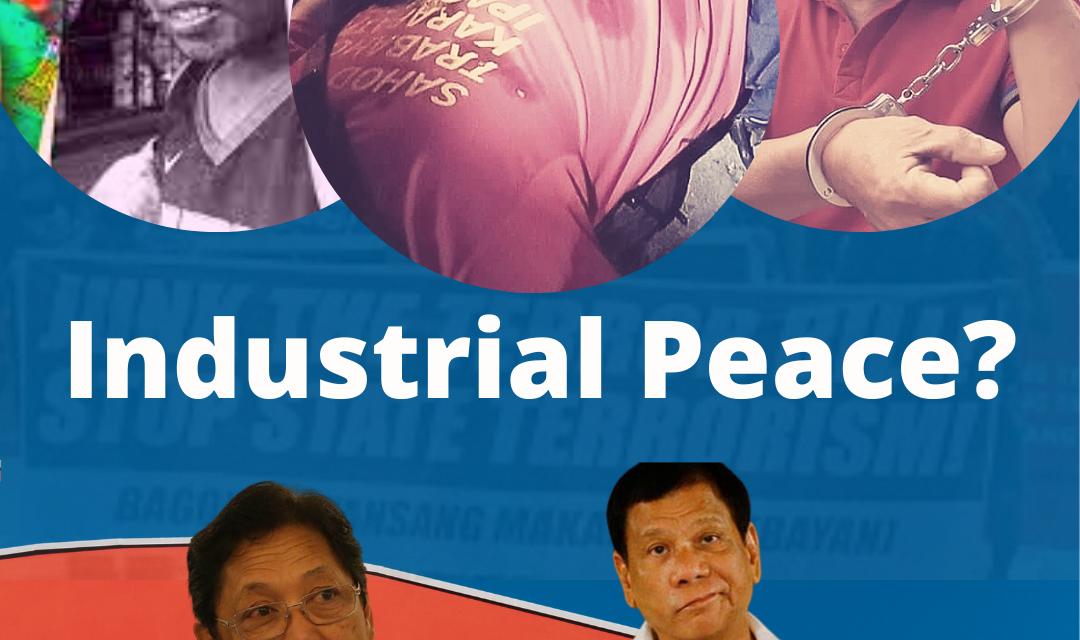 What industrial peace? This is the Center for Trade Union and Human Rights’ (CTUHR) reaction  when Sec. Silvestre Bello was asked what is the the legacy of the Duterte administration in the labor sector. Sec. Bello boasted that this was done achieved through “tripartism” or the three-way dialogue between the State, the employers and the workers.

“Trade unionists are silenced by fear from being killed, red-tagged, harassed, forced to disaffiliate from their unions and militarization. Is this the industrial peace Sec. Bello is talking about?” questioned Daisy Arago, CTUHR  Executive Director.

She further noted the cases of SUMIFRU banana plantation and Musahamat plantation in Mindanao and Coca-cola in Laguna, where workers are forced to surrender as rebels. Arago also noted cases of forced disaffiliation through continuous harassment and threats of elements of state forces or the NTF-ELCAC such as in the cases of Filipinas Palm Oil Plantation, Adnama Mining Resources Inc. To date, unionists from Nexperia Philippines and Wyeth Nutrition Philippines have been reporting of house-to-house visits by NTF-ELCAC. Particularly for Nexperia Workers Union, 37 union officials and members have reported getting visits from NTF-ELCAC and the narrative is common – they are being harassed to abandon or disaffiliate from their union.

Questionable warrants, illegal arrests, direct intervention in union affairs such as elections and CBAs like the case of International Wiring Services are norms when union election is happening especially when  multinational companies are involved.

Who will forget the e Bloody Sunday massacre and the killings of trade union leaders such as Dandy Miguel and Manny Asuncion.

The Philippines has been listed on its fifth consecutive year in the ten (!0) worst countries for workers by the International Trade Union Confederation citing violence and murders, arbitrary arrests and state repression as the primary themes. With the passing of the Anti-Terrorism Act, violence against unions and attempts to organize intensified.   The National Task Force to End Local Communist Conflict (NTF-ELCAC) and the Joint Industrial Peace Concerns Office (JIPCO) launched in January 2020 in Central Luzon — first of its kind—have lorded over in industrial and business agricultural workplaces to intimidate  labor rights defenders or union leaders. through serving and massive propaganda to red tag unions and their members. 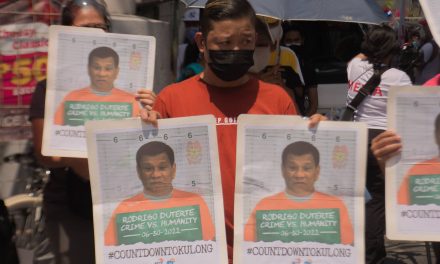