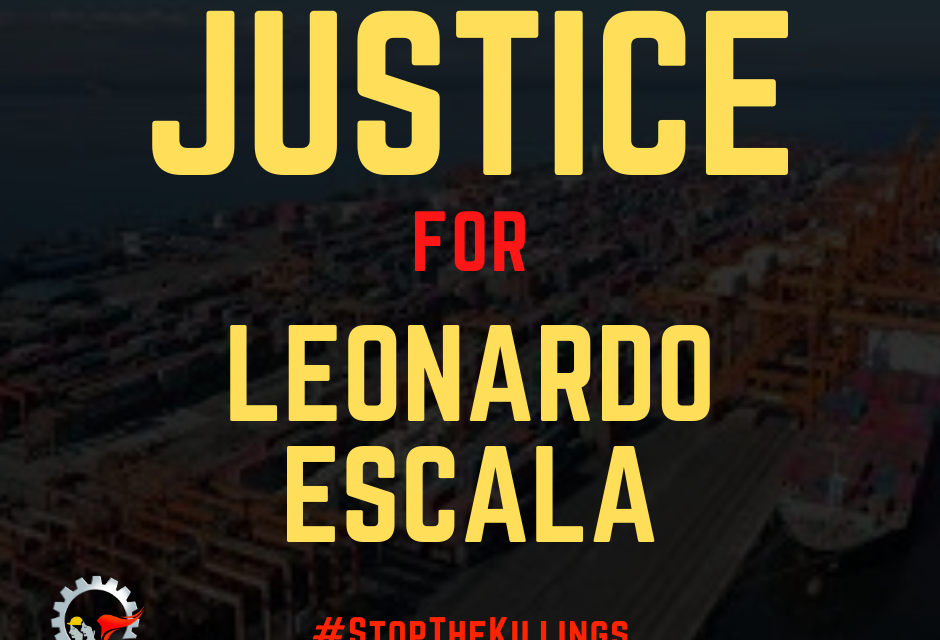 PThe Center for Trade Union and Human Rights (CTUHR) condemns in the highest possible terms the killing of the Union President of International Container Terminal Services, Inc. (ICTSI), Leonardo Escala. “We are beyond enraged with this incident. The escalating attacks against unionists and labor rights defenders under this government is truly alarming. The workers and the poor are being attacked on all fronts. As workers suffer the dire impacts of the pandemic and the poor response of the government, they are also forced to face this kind of threats and attacks,” CTUHR said in a statement.

Reports say that the 59-year-old union leader suffered multiple gunshot wounds after he was shot by unknown assailants riding a motorcycle at 7:20 in the evening of February 8, 2021 near his residence in Tondo, Manila. His 4-year-old niece was also injured in the incident.

According to the National Federation of Labor Unions (NAFLU) where his union Nagkakaisang Manggagawa sa Pantalan Inc. (NMPI-ICTSI) is federated, Escala has been elected as President for two consecutive terms, as he was loved by his fellow workers and unionists. Prior to his killing, Escala has received death threats which are believed to be because of his work as a union leader.

ICTSI is a global port operator based in Manila and considered as one of the most profitable in the world.

Following recent attacks, CTUHR reiterated its call for the government to allow the International Labour Organization (ILO) to send a High-Level mission to investigate the trade union violations in the country. CTUHR also added that just a few days ago, Antonio Arellano, another farmworker affiliated with the National Federation of Sugar Workers (NFSW) was killed in Escalante City, Negros. “It seems like the attacks against trade union and human rights defenders are not ending soon. They are even getting worse. We have to act now to stop these! Investigate the trade union and human rights situation in the Philippines, now!”CTUHR appealed.

Since the start of the pandemic and community quarantine, CTUHR has documented at least 4 killings among the ranks of workers and labor rights defenders. 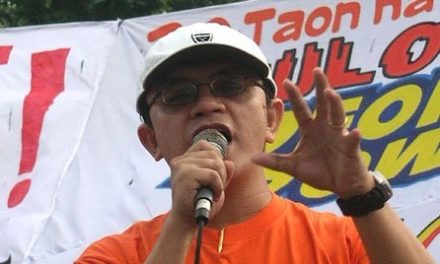 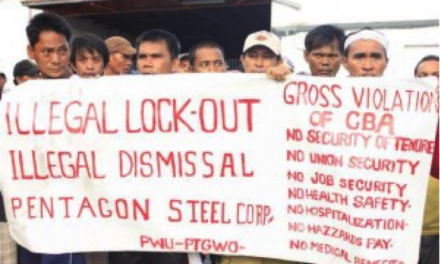