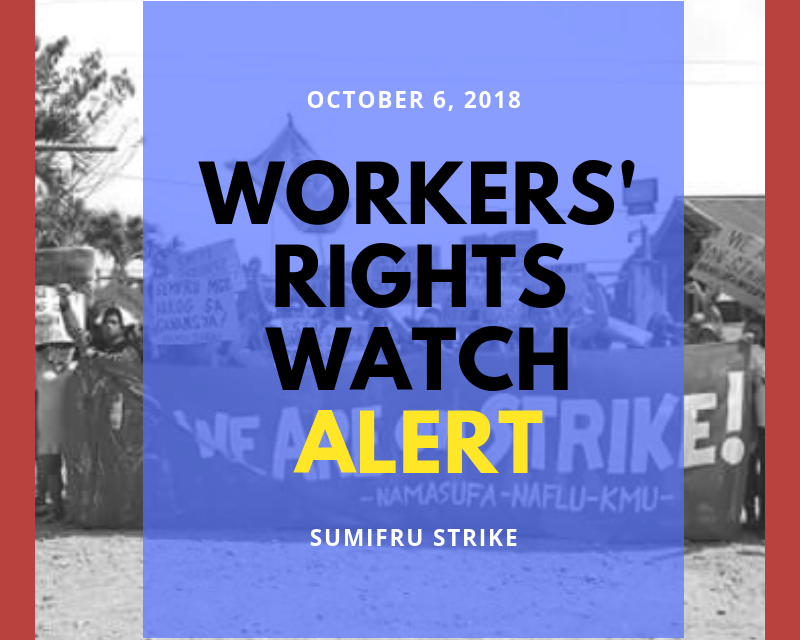 Earlier today, Sec. Silvestre Bello of the Department of Labor and Employment (DOLE) served an Assumption of Jurisdiction (AJ) Order on the strike of eight (8) unions led by NAMASUFA-NAFLU-KMU, from different packing plants at banana plantation giant-SUMIFRU Corporation in Compostela Valley. The order came two days after Duterte fired Undersecretary Joel Maglunsod. Unlike the previous practice that require workers to return to work in 24 hours, Bello’s AJ order asked all workers to immediately return to work , effectively sending the dispute to compulsory arbitration. Soon as the AJ was served, three truckloads of military personnel were deployed in the strike areas.

Assumption of Jurisdiction (AJ) powers (Art. 263(g) of Labor Code) gives overwhelming and broad power to the DOLE Secretary to assume jurisdiction over labour disputes that in his opinion are indispensable to national interest. AJ has already resulted to numerous violent strike dispersals including the Hacienda Luisita massacre, involving police and military.

Eight (8) unions from different packing plants of SUMIFRU launched a strike last October 1, 2018 over the management’s refusal to negotiate for a Collective Bargaining Agreement (CBA), regularize its long-standing contractual workers and provide significant wage hike. Last year, SUMIFRU even attempted to convert the wage system from daily pay to piece-rate basis but workers resisted and prevailed.

The striking workers are on high alert now, as they know that AJ order accompanies violence against workers on the dispute. Historically, the Assumption of Jurisdiction has always been used to quell workers’ strikes, under the pretext of protecting national interest but in fact favoring capitalists. Bello in his order cited protecting the economic gains as reason for assuming jurisdiction. The workers however, are asking, “Whose economic gains?”

As early as February, elements of the 66th IB of Armed Forces of the Philippines (AFP) have already been harassing and threatening SUMIFRU workers, accusing them as rebel supporters. Last September 4, suspected military forces were involved in the slay attempt against Victor Ageas, a union Board member. Ageas miraculously survived the attempt.

The workers and their families are calling for support to the strike and enjoin them to be vigilant as break up of their strikes loom.### 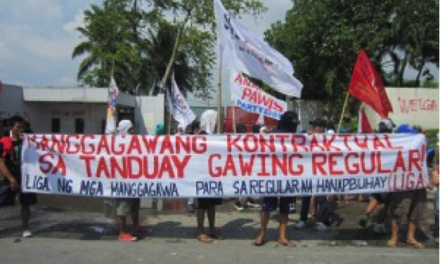