Dozens of miners were missing after a huge pile of muddy waste collapsed into an open pit in northern Myanmar, triggering a vast wave, an official said.

MANDALAY, Myanmar — With barely enough time to yell “run,” hundreds of jade miners had only moments to escape their killer: a giant wave of mud and water, more than 20 feet high, propelled out of a vast pit mine swollen with rainwater.

Weeks of heavy rains, carried by the seasonal monsoon, had filled the Wai Khar jade mine in northern Myanmar and turned it into a lake. Towering over the pit was a 1,000-foot hillside topped with a mound of mining waste, its foundations weakening with every drop of rain.

Just after sunrise on Thursday the earth began to shift and a wall of mud cascaded down the mound’s steep slope, slamming into the flooded mine and sending a huge wave of water along its walls as rushing green water swept from one end of the lake to the other.

“When the open-pit mine collapsed, the workers didn’t have time to run away,” said U Tin Soe, the region’s representative in Parliament. “The height of the wave was about 20 feet and it drowned many people. It was like a tsunami.”

Hundreds of miners who were digging for jade illegally near the water’s edge were quickly overwhelmed by the muddy green wave. Some managed to run to higher ground. But many were not so lucky.

By Friday morning, officials said 168 bodies had been recovered and 54 people had been injured, and officials expected the death toll to surpass 200. Officials said there was little left for rescuers to do but retrieve bodies that floated to the surface.

The disaster occurred after a heavy rainstorm in Hpakant township in Kachin State, where miners labor in notoriously hazardous conditions to produce jade worth billions of dollars.

The government ordered the mines in the region to close from July 1 to Sept. 30 because of the risk of landslides during the heavy rains of the monsoon season, officials said.

But at the Wai Khar mine, hundreds of illegal workers came in to take the place of the regular miners despite the risk, said Mr. Tin Soe.

“The government ordered them to stop because it is dangerous to work here in the rainy season,” he said by phone from the scene of the disaster. “But after the mining companies stopped, an illegal ethnic armed group took money from the illegal miners and gave them permission to work here.”

Kachin is Myanmar’s northernmost state and borders China and India. Rich in natural resources, Kachin has been racked by fighting between the military and ethnic rebels, but the lucrative jade mining area has largely remained under government control. Despite attempts to regulate the industry, much of the mining there is done illegally by wildcat miners.

Much of the wealth generated by the jade industry is controlled by Myanmar’s military, which long ruled the country and retains vast authority under the Constitution it drafted.

But the main rebel group in the region, the Kachin Independent Army, also finances its operations from the jade trade. It took over the mine when the consortium of five companies that operate it closed for the season on Tuesday.

Mr. Tin Soe said that about 100,000 miners work in the region and it is impossible to stop them despite the risks. 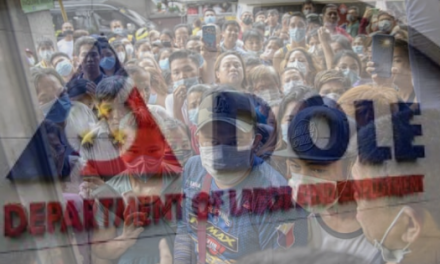